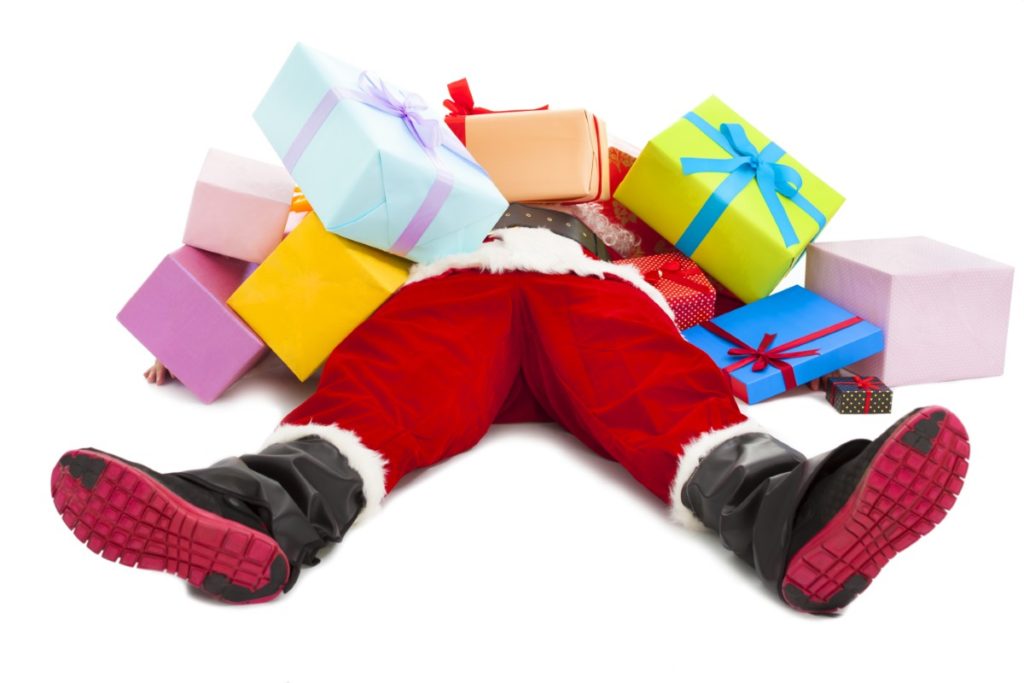 If you’re finding the run-up to the holidays stressful this year, you’re not alone. High expectations and multiple commitments (not to mention the looming spectre of lockdown!) can combine to make this time of year emotionally tough.

For a quick, easy and safe solution, we turn to the ancient wisdom of Ayurveda. This traditional system of medicine has been practised for more than 3,000 years, and modern medicine has found it to be a fertile hunting ground for innovative health solutions.

Ashwagandha, (Withania somnifera) also known as “Indian ginseng” is known in the Ayurvedic tradition as a “master herb” that promotes a healthy and happy mind and body.

Ashwagandha has been used to treat a myriad of conditions safely in both children and adults,1,2 including hypothyroidism, chronic stress, insomnia, anxiety, memory and cognitive function, and type-2 diabetes.

Ashwagandha makes us more resilient against stress and disease by working on “cell-mediated immunity”, i.e., the kind of immune response that does not involve antibodies. This action qualifies Ashwagandha as an “adaptogen,” which means that it enhances the body’s resilience to stress and ageing.

Ashwagandha also has powerful antioxidant properties that help protect against cellular damage caused by free radicals, which is why it is known to support healthy ageing.3 The plant leaves and roots contain a number of therapeutic natural chemicals known for their antioxidant and anti-inflammatory activity.4

Have there been clinical trials on humans?

There are hundreds of articles reporting the beneficial effects of Ashwagandha, as well as 39 clinical trials demonstrating Ashwagandha’s effect on humans. Notably, one randomised, double-blind, placebo-controlled study examined the efficacy and safety of Ashwagandha as a natural treatment to support healthy cognitive function. One hundred and thirty stressed adults took either Ashwagandha root extract (300mg daily) or a placebo for 90 days.5

Participants who took the Ashwagandha reported reduced stress levels, as well as improvements in memory and focus, sleep quality and general psychological wellbeing. This is due to the fact that Ashwagandha has been shown to reduce cortisol levels in those who live under chronic stress conditions.6,7 Researchers confirmed the cognitive enhancing and adaptogenic (stress reduction) abilities of Ashwagandha, as well as its safety for long term use. No safety concerns were reported, and no signs of liver stress were spotted.

Study participants were also asked to complete the Oxford Happiness Questionnaire,8 a survey developed by psychologists at Oxford Brookes University to help us chart our own sense of happiness. Participants who took the Ashwagandha reported feeling happier than those who did not. Now that’s a result to take home!

Can Ashwagandha help you sleep better?

We all know that stress can affect how refreshed we feel upon waking – and when sleep isn’t as restorative as we’d hoped, we’re more likely to feel on edge during the day. A study published in the journal PLoS9 combines data from 400 participants in five randomised controlled trials where Ashwagandha was used to support healthy sleep. This study revealed evidence of a range of clinically beneficial effects, including faster sleep onset, longer total sleep time, and sleep efficiency (how energised we feel after a night’s sleep) in people who took Ashwagandha (between 300mg and 600mg daily for up to 8 weeks) compared to those who didn’t.

Is Ashwagandha good for my gut?

According to the results of a study published in PLoS, Ashwagandha works as a prebiotic, feeding beneficial bacteria such as Bifidobacterium and Faecalibacterium. This remarkable herb also tackles pathogens and opportunistic bacteria, helping restore balance to a dysbiotic gut ecosystem. Researchers believe that at least some of the effects of Ashwagandha on stress, sleep and mental wellbeing stem from the gut and are materialised via the gut-brain axis.10

Who can take Ashwagandha?

When taken in appropriate doses for therapeutic use, ashwagandha has been regarded as safe for human consumption.

Some possible side effects of ashwagandha include upset stomach, vomiting and diarrhoea. If you notice any of these ashwagandha side effects, stop taking the herb right away.

Ashwagandha should never be used by women who are pregnant or breastfeeding. There is some evidence it may induce miscarriages, and there is no available safety information about breastfeeding while taking the herb. People using diabetes medications, blood pressure medications, medications that suppress the immune system, sedatives or medications for thyroid problems should not use ashwagandha unless they’ve consulted with their doctor first.

Those with hyperthyroidism may notice an additional increase of thyroid function when taking the herb and should only do so under the controlled supervision of a doctor, if at all. Because the herb also works to modify these conditions, there may be adverse interactions.

It is possible that ashwagandha could increase symptoms of autoimmune diseases like multiple sclerosis, lupus and rheumatoid arthritis. If you are going to have surgery that requires anaesthesia, you should stop taking ashwagandha at least two weeks beforehand in case the herb further slows down your central nervous system.

How should I take ashwagandha?

We recommend a tincture like this one which is made with medical-grade alcohol. Take 15-20 drops in a small amount of water, three times daily. It will take some time for the calming effect of the ashwagandha to kick in, so give it about three weeks.

Can I give ashwagandha to my child?

In human clinical trials, ashwagandha has been shown to be safe and effective for children aged 3+.11

Our ashwagandha tincture is made with pharmaceutical-grade alcohol, so it’s a matter of personal choice whether you feel comfortable giving a few drops of alcohol to your child.

We would suggest the following:

Wishing you a  stress-free holiday season!

4 thoughts on “Sort your seasonal anxiety!”