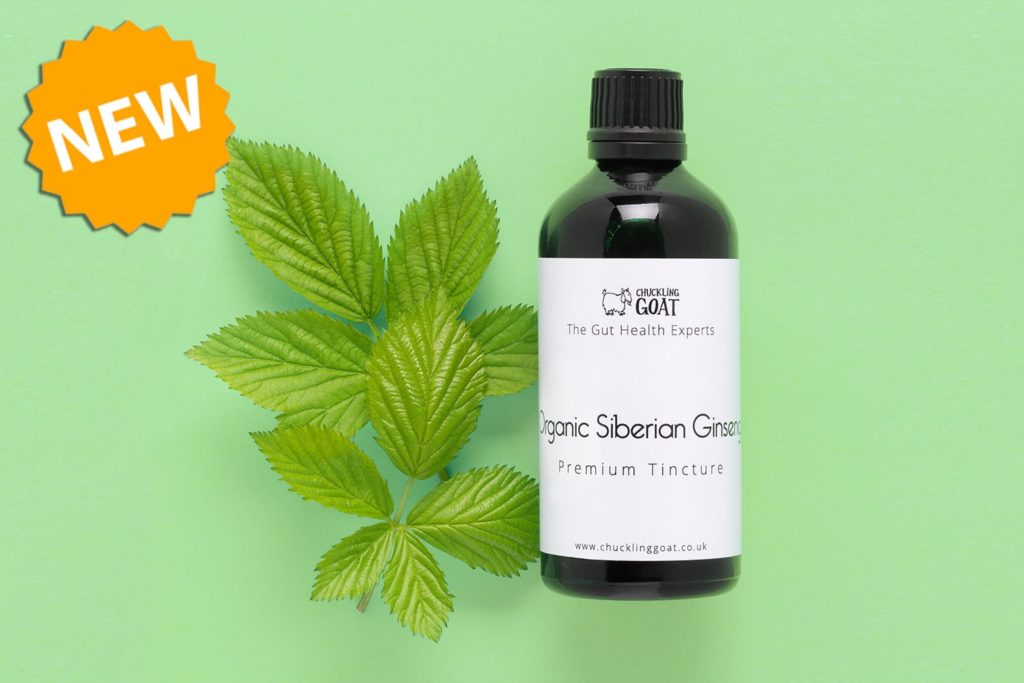 Siberian ginseng (also called Eleutherococcus senticosus) is a natural stimulant and an adaptogen, a compound that helps the body better handle and adapt to stress.

Siberian ginseng has been used extensively in China, Russia and Japan as an adaptogen to fight against stress and fatigue.1 In 1962 an Eleutherococcus root extract was approved by the former Soviet Union Pharmacological Committee for clinical use as a “stimulant”. In 1966 Eleutherococcus root was recommended for use in the Soviet space program. After that, results of many tests which have been performed in Russia have been verified by researchers all over the world.2

Potential health benefits of eleuthero include:

As a stimulant, eleuthero boosts energy levels and contains compounds known to help overcome exhaustion and prevent its side effects. One study concluded: “The eleutherosides possess the potent abilities to alleviate fatigue both in physical and mental fatigue.”3

By increasing circulation, eleuthero may increase blood flow to the brain, improving mental functions such as memory and concentration.4

As a stimulant, eleuthero may increase the ability of muscles to do work, especially during periods of intense physical activity. One study shows that “8-week Eleutherococcus senticosus (ES) supplementation enhances endurance capacity, elevates cardiovascular functions and alters the metabolism for sparing glycogen in recreationally trained males.”5

In this study researchers found that consuming 800 milligrams (mg) of eleuthero a day for 8 weeks increased a male subject’s endurance time by 23 percent, peak oxygen saturation by 12 percent, and highest heart rate by 3 percent.

By boosting the immune system, eleuthero may improve or speed up the healing process. Siberian ginseng has been shown to have highly effective immune-regulating properties.6

In several traditional medicines, eleuthero is used to increase muscle and bone strength. In a 2013 study, rats given 100 mg of eleuthero daily for 8 weeks saw a 16.7 percent increase in femur bone density. Researchers concluded: “These results show Eleutherococcus senticosus is able to prevent bone loss without the influence of hormones such as estrogen.”7

Extracts of eleuthero and eleutherosides are known to bind to estrogen receptor sites. Eleuthero may, therefore, lessen the effects of estrogen withdrawal in women who are experiencing menopause. For this reason, women with estrogen-driven cancer may need to consult their doctor before consuming eleuthero.

As an immune stimulant, eleuthero may shorten the length and severity of lung infections, such as influenza and pneumonia. An in vitro study published in the medical journal, Antiviral Research, finds that a liquid extract from the eleuthero root effectively inhibits the replication of human rhinovirus (main cause of the common cold), respiratory syncytial virus (causes respiratory tract infections) and influenza A virus (cause of the flu) in cell cultures infected with these viruses.8

Eleutherosides have been shown to improve the lymphatic function of the lymph node network, meaning they may reduce edema. Edema is swelling caused by a buildup of fluid. A 2016 study found eleuthero powder significantly reduced edema within 2 and 4 hours after consumption in 50 healthy volunteers.9

Several studies have shown that eleutherosides may help prevent and repair nerve damage. Eleuthero has been explored, as a potential preventative or management medication for progressive neurological conditions, such as Alzheimer’s disease. One study found that eleuthero improved nerve regeneration and synapse reformation in rats with nerve damage.10

Eleutherosides have been shown to reduce insulin resistance and are being considered for the management of type 2 diabetes. A 2013 study found that 480 mg per day of eleuthero significantly lowered fasting and post-meal blood sugar levels in subjects with type 2 diabetes.11

Please note: Siberian ginseng is not the same as American or Korean ginseng. Although they have similar benefits and usages, eleuthero (Eleutherococcus senticosus and Acanthopanax senticosus) is not related to American ginseng (Panax quinquefolius) or true ginseng (Panax ginseng.)

Anyone who is pregnant, breastfeeding, taking current medications or is under a doctor’s care should always check with their GP before taking any herbal supplement, including Siberian ginseng.

We recommend taking 15-20 drops in a small amount of water, up to three times daily. Do not take directly before bedtime, as it may impact your sleep patterns. Because Siberian ginseng is a stimulant, we recommend taking it 6 weeks on, 2 weeks off.