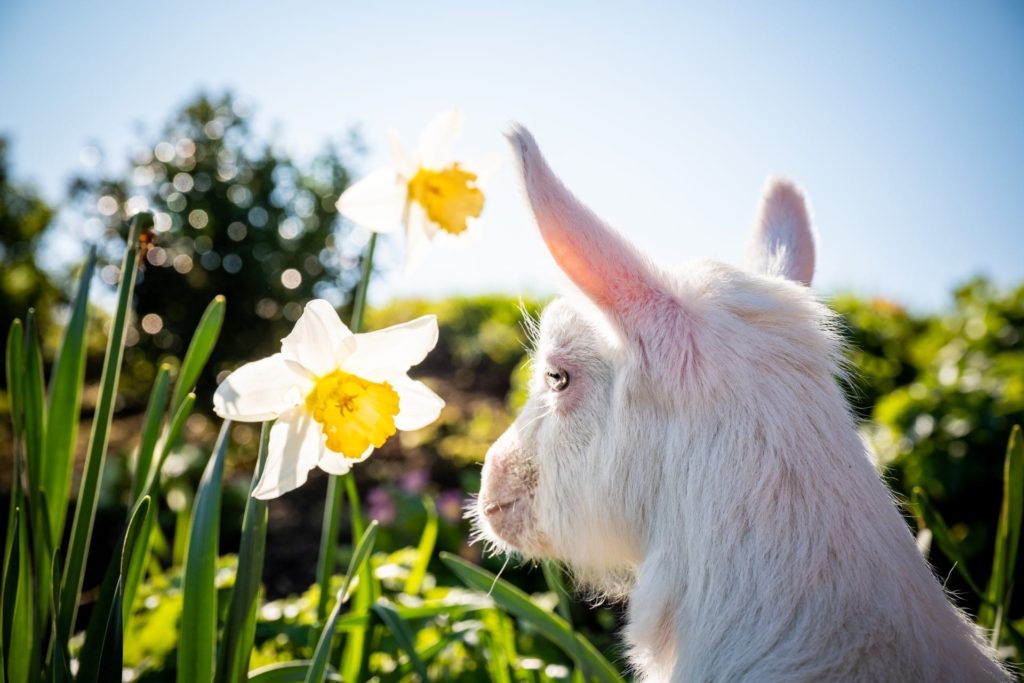 Once upon a time (not too long ago), scientists blamed the epidemic rise in allergic diseases like eczema, food allergies, hay fever, asthma and IBS on the fact that we’re all now living in sterile homes and overdoing the whole hygiene thing. This was known as the “hygiene hypothesis.”

That was close – but not exactly right.

Turns out the problem is not that we’re too clean – so you don’t need to stop cleaning your house, or start trying to expose yourself and your child to dangerous pathogens.

Studies show that routine daily or weekly cleanliness habits really don’t reduce the levels, or alter the types of microbes in our home environment. It’s just not possible. Try as you might, you can’t really create a sterile environment in your home, anymore than you could on your skin.

As fast as you remove microbes by cleaning, they are replaced via dust and air from the outdoor environment, or from microbes that are constantly being shed from the human body and from pets, food and other items brought into our homes.

So… step away from the idea of sterile. It’s just not going to happen, either in your house, or on your skin. Anyway, it was never the problem.

“The underlying idea that microbial exposure is crucial to regulating the immune system is right. But the idea that children who have fewer infections, because of more hygienic homes, are then more likely to develop asthma and other allergies just does not hold up,” said Professor Sally Bloomfield, Honorary Professor at London School of Hygiene and Tropical Medicine. 1

So, if hygiene isn’t the problem…then what is?

Turns out that our allergy problems are not due to the fact that we don’t have enough dirt in our lives….

It’s that we don’t have the right kind of dirt.

“One important thing we can do is to stop talking about ‘being too clean’ and get people thinking about how we can safely reconnect with the right kind of dirt.” confirms Prof Bloomfield.

So, what’s the right kind of dirt?

It’s stuff that contains the right kind of bugs.

Professor Rook has found that the bugs we need so desperately to help our immune system are not the infectious nasties, (respiratory infections such as colds, influenza, measles etc. and gastrointestinal infections such as cholera, polio, Campylobacter, norovirus etc.), but rather the good bugs which with we co-evolved.

You’ve already met them – they’re our commensal Old Friends. Old buddies, who have been with us from the dawn of time.

These are bugs that were already present with us back when we were Paleolithic, hunter gatherers. This was the era when the human immune system was developing, in close association with the abundant microbes who were also hanging around back then.

“The rise in allergies and inflammatory diseases seems at least partly due to gradually losing contact with the range of microbes our immune systems evolved with, way back in the Stone Age, “says Professor Graham Rook. 2

Remember that song, “Make new friends, but keep the old…One is silver and the other gold?”

Well, we’ve fallen out of touch with our Old Friends. And now we’re paying the price.

So, when and how did did this break-up happen?

Dr Stanwell Smith explains: “Since the 1800’s, when allergies began to be more noticed, the mix of microbes we’ve lived with, and eaten, drunk and breathed in has been steadily changing. Some of this has come through measures to combat infectious diseases that used to take such a heavy toll in those days — in London, one in three deaths was a child under age five. These changes include clean drinking water, safe food, sanitation and sewers, and maybe overuse of antibiotics.

Whilst vital for protecting us from infectious diseases, these will also have inadvertently altered exposure to the ‘microbial friends’ which inhabit the same environments.” 3

But we’ve also lost touch with our Old Friends in other ways: our modern homes have a different and less diverse mix of microbes than rural homes of the past. This is nothing to do with cleaning habits: even the cleanest-looking homes still abound with bacteria, viruses, fungi, moulds and dust mites. It’s mainly because microbes come in from outside and the microbes in towns and cities are very different from those on farms and in the countryside.

These precious “Old Friends” include our beloved commensal organisms (the normal microbiota of the skin, gut and respiratory tract of humans and animals) as well as some potentially pathogenic organisms such as helminths (worms), which establish chronic infections or carrier states. We’ve got to put up with these, because attempts by the immune system to eliminate infections that it cannot remove only lead to pointless tissue-damaging inflammation.

Our OF’s (as we like to call them) also include environmental saprophytes i.e. species which inhabit our indoor and outdoor environments.

Also, it turns out we need constant exposure to a diverse range of Old Friends, not just specific microbes. Without this our immune systems may overreact, or react inappropriately, or fail to switch off completely when no longer needed. Result? Allergies and chronic CID’s – chronic inflammatory diseases like Type 1 diabetes and ME. 4

So, what do we do about it?

One of the solutions suggested by these good professors to get back in touch with our Old Friends on a daily basis is… you guessed it, probiotic drinks.

Kefir, as an ancient constellation of microbiotic yeasts and bacteria, is perfect for this purpose.

Chuckling Goat kefir can be shipped direct to your door, ready to drink.